2020 was the strangest of years, “the new normal” and “unprecedented times” were the slogans of the pandemic. Coming into 2021, the fog of oddity still loomed but, everyday normality had begun to resurface throughout summer. Cue Nicki Minaj, Professor Chris Whitty and Prime Minister Boris Johnson.

A Twitter spat is nothing out of the ordinary in the life of a millennial. Celebrities and their fandoms often go toe to toe with each other and, political discourse is rife. But the Barbz vs the Tory’s is a fight we were yet to see.

On Monday evening Nicki Minaj tweeted that a friend of her cousin had become impotent after having the vaccine and suggested people pray on it (the vaccine) and made sure they were comfortable with it before preceding.

My cousin in Trinidad won’t get the vaccine cuz his friend got it & became impotent. His testicles became swollen. His friend was weeks away from getting married, now the girl called off the wedding. So just pray on it & make sure you’re comfortable with ur decision, not bullied

In 279 characters (one short of the Twitter limit), the mainstream media and internet spun into a frenzy. Many lept to agree with Minaj stating negative side effects of the Coronavirus vaccines, others labelled her an anti-vaxxer. As the American media started to run with the story that Minaj was indeed an anti-vaxxer Barbz united in their droves to provide evidence that Nicki never stated anyone should avoid the vaccine. It was an ordeal that had already nearly reached the 24-hour mark (the expiry date of most Twiter beef) when the UK’s chief medical officer and the prime minister had their say.

In a tweet retweeted by Minaj, Chris Whitty and Boris Johnson reply to a question in the UK Covid briefings. When asked about Minaj’s comments Whitty said, “they (Minaj) should be ashamed”, while Johnson remarked that he “wasn’t aware of the works of Nicki Minaj” and quickly brought the conversation back to GP’s and vaccines.

In cooky Minaj fashion, Nicki sent Boris a Twitter voice note in a British accent in which she joked that she went to school with Margaret Thatcher and had attended

🇬🇧 🇬🇧🇬🇧🇬🇧🇬🇧🇬🇧🇬🇧 send this to the prime minister & let him know they lied on me. I forgive him. No one else. Only him. 🙃 pic.twitter.com/ZmJ2sST8Es

At this point, the lines between the Twitterverse and real-life began to blur as BBC Politics reporter Laura Kuensburgg chimed in to take a subtle dig not welcomed by Nicki, who labelled her a “dumbo”.

The fallout lasted a total of three days before Minaj ceased tweeting on Wednesday.

The discussion around Minaj’s tweet goes far beyond her, her fans and her cousin’s friend. It touches on vaccine hesitancy, misinformation, the power of celebrity, free speech and governments. It’s worth noting that impotence is not a recognised side effect of the coronavirus vaccines and, vaccine hesitancy is highest in communities of colour in part due to misinformation stories of a friend of a friend spread across social media and mistrust in government.

However, we cannot penalise people for having questions about vaccines. Hesitancy in the black community comes from a legitimate fear of medical institutions that have historically and presently been racist. As entertaining as the spat was, it does bring up a valid talking point. As we thrust back into nightclubs, 9-5’s and family gatherings the vaccine is a vital step in protecting us all. Everyone should feel comfortable taking the vaccine, knowing they have a right to decline if they choose to.

If you want genuine advice and facts about the coronavirus vaccines, you can head to Coronavirus (COVID-19) vaccines – NHS (www.nhs.uk) and watch the video below.

Make sure you’ve got your facts straight about the #NHSCovidVaccine! @JasonAForbes got there in the end, with a bit of help from @marcsilcox ! Rolling on the floor laughing pic.twitter.com/YhGGM9E0ng

y2k FASHION: THE COMEBACK OF THE 2000s
Previous Article 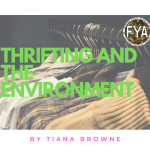 Thrifting and the environment
Next Article

Follow Us On Social Media
© 2022 – 2025 Fearless Youth Association. Charitable Company Limited by Guarantee in England & Wales No. 11327684. All rights reserved.