The impact of ‘Reflection Opportunity’ on young perpetrators of Knife Crime

The impact of ‘Reflection Opportunity’ on young perpetrators of Knife Crime

A crime free neighbourhood is not an idealism, it is what we all deserve in our communities. In reality, and as social beings, humans are susceptible to factors that are environmentally induced or situationally inflicted to increase the risks of some becoming perpetrators of crime.

Youth crime, particularly knife crime, is a perennial issue with its continuing untold devastation on lives, livelihoods, and families. A lot has been documented including statistics on the offenders and the economic and structural challenges it poses for the Criminal Justice System. This article acknowledges that but pays attention to the impact of rehabilitation initiatives for youth offenders of knife crime by Her Majesty’s Prison and Probation Service (Nottingham) in partnership with Fearless Youth Association.

Fearless Youth Association (FYA) and HM Prison & Probation Service (Nottingham) work closely in a Referral Scheme partnership in which FYA directly engages young perpetrators of knife crime on a tailored knife crime awareness training. The training paces young offenders on their perspectives in social issues including prejudice and discrimination, enhance their knowledge about the principles of knife crime, offer them an opportunity to reflect on the effect of knife crime upon people and making them aware about where to access information and help relating to knife crime.

For the young perpetrators, the opportunity to discuss and interrogate the social environment of prejudicial acts and discrimination as part of their lived experiences, generate a relieved sense of ‘being understood’ in an active two-way conversation in which their input is actively listened to and valued. Their victimhood through social injustice is deemed finally understood and they can begin to apply criticality in their consideration of their reactions to those ‘perceived’ sense of injustices and how that might impact others within their vicinity or the society at large. The state of assurance that comes from the knowledge of being understood often provides the durable building blocks of their engaged participation in this training program. A look at the general environment factors for young people from marginalised communities and the reasons why young people become involved in crime strikes that chord of relatability for all the perpetrators. These are often what they experience first-hand (for example, social or school exclusion, peer pressure, gangs), and are the things professionals do not factor in their considerations as part of their interactions with them.

The grievances against the police and their work are often characterised by dogmatic itching in the minds of these young perpetrators of knife crime. However, what has been telling in these trainings is how the basic understanding of the definition of knife crime, its associated criminal law, and the role of the police in enforcing that law introduces a perspective angle in them that recognises the position of the police and the justification for their actions in the greater good of the public. Exposure to the national statistical data on the human cost of knife crime often triggers reflection and an evaluative opinion that portrays a new understanding of its gravity.

The fulcrum of the impact of this training can be in its reflection opportunity. It enables young perpetrators to consider the long-term effects of knife crime on them as perpetrators, their families including the stigmatisation their parents often suffer, the victims and their families who in worst-case scenarios   lost loved ones in gruesome ways and the traumatic battles they succumbed to as a result. This often draws genuine deeper and thoughtful reflection about the troubles they had with the law, the experiences of their immediate family, the experiences of other families and community members they personally know and the tragic changes that happens in their lives because of knife crime. This segment of the training, which is always participant centred, achieve realisation, regret, remorse, and commitment for a changed direction away from crime of all sorts.

The difficult lived experiences of perpetrators are no excuse for their involvement in any crime particularly knife crime. However, what has been demonstrated by the young perpetrators through this partnership is the ability to change course through a ‘Reflection Opportunity’ that is orchestrated in an environment of trust, relatability and with an institutional awareness of the catalytic effect of young people’s environment. 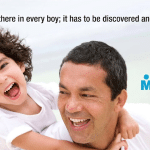 International Men’s Day
Previous Article
Knife Crime: How bad is it, where are the disparities and what can be done to improve the situation?
Next Article

Follow Us On Social Media
© 2022 – 2025 Fearless Youth Association. Charitable Company Limited by Guarantee in England & Wales No. 11327684. All rights reserved.